Svenska Kulturfonden: Marine heatwaves in the Archipelago Sea – from identification and measuring their impacts, to implementation of mitigation strategies 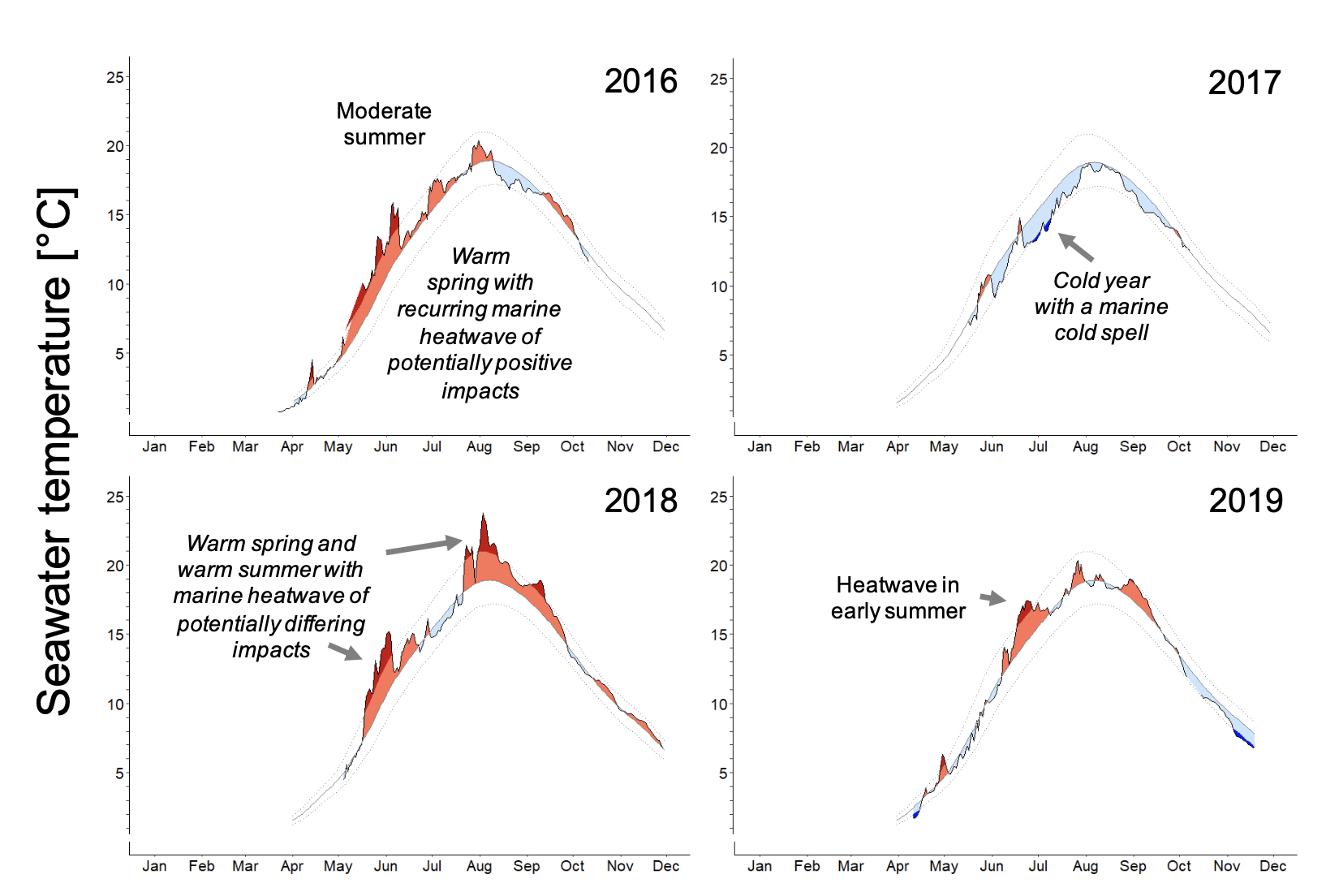 This project applies different approaches to serve the particular question: Can we – by local measures – mitigate the negative impacts from globally driven extreme events such as marine heatwaves in the Archipelago Sea? As one result of global warming, marine heatwaves are increasingly found worldwide, and their intensification if projected for the near future. Heat stress often drives species beyond their thermal limits with consequences for the individual performance, and a risk of loss of sensitive species and ecosystem collapse, while additional – often local – stress may exacerbate the negative impacts from marine heatwaves. By means of data modelling and experimental ecological research, we identified the occurrence of marine heatwaves in the Archipelago Sea and will now test their impacts on Archipelago Sea marine ecosystems in simulated mesocosm experiments. We will further classify and test the main local drivers that intensify the negative impact from heat stress in the Archipelago Sea. This will help developing mitigation strategies during the occurrence of these extremes, which might be temporal reductions in boat noise and wave emissions, reductions in micro- or macro-plastics, local eutrophication or temporal restrictions in identified key habitats. In combination with a monitoring and information system, indicating the occurrence of heatwaves to researchers and to society in public exhibitions and the web, this project will identify the potential of mitigating the negative impact from global extreme events by realistic and effective local measures.